Yes that’s right folks, a $820,000 increase for a miserable $70k outlay. There are probably some out there with jaws dropping right now and others who probably hate this investor as a result! For those of you in this category, it probably won’t help if I also told you they are achieving over 9% gross yield on costs. It may also astonish you to know that the property is located just 30km’s from Brisbane in a growth corridor. This is no ordinary story and no ordinary deal. It took a fair amount of education, determination, pre-planning and just a little bit of luck for this result.

We introduced you to Adam in the last Investigate Property newsletter. In that instance he had made a significant gain out of a block of units by buying well, strata-titling, renovating and then by using the right valuer at the end of the works for refinancing.

He is at it again!

Adam first came across this property as it was going to auction in May last year. His grandfather owns the property next door and it was a good old fashioned letterbox drop that alerted him to the property. It was passed in at auction for $550k, after the agent had indicated a desire to achieve over $600k for the property. The vendor had actually paid $800k 18 months earlier, so as you can probably work out this was looking like a distressed sale.

So here is tip number 1: always do your research so you can recognise the deals when they present themselves, including research into the current owner’s situation.

The owner had lodged a DA for 32 units with council, later reduced to 30 units, but was having a hard time getting the approval through. For a start they were trying for above and beyond what council desired and secondly, they were reluctant to agree to some of council’s terms. Then they ran out of money and the bank took over. Until this point the application had been with council for 18 months and there was no resolution in sight.

Tip number 2: It is okay to fight council and to go ‘above and beyond’ with your proposal, but be aware that this will often have costly delays and may be the cause of much frustration!

So the writing was on the wall. The property did not sell at auction, there was an incomplete but quite thorough DA with council and now the bank was in control of the Development Application.

Adam had previously enquired with the agent but didn’t express any real interest in buying after he was told categorically that the bank would not look at any offers under $600k. He did, however, do one important thing. He asked the agent to keep in touch with him should things change.

Tip number 3: Stay in touch with the agent! Sometimes cold listings are the hottest deals!

Adam was now in a position to buy and further, the price had reduced to a very attractive range. Adam had four ideas in mind for the property. His first (and the fallback position) was to renovate and rent the property out, as a house and a separate granny flat. Second was to get a valuation while under conditional contract for more than he paid for the  property, so he knew he had an instant gain. Thirdly he wanted to investigate taking over the DA and lastly, if he couldn't get the DA there was potential for a JV with his grandfather's property next door.


He placed the property under contact for $456k with a 3 week finance period, which he used for doing due diligence and getting the valuation, and a 2 week building and pest inspection clause.

Because of Adam’s three pronged attack he had a lot of due diligence to complete. After getting his broker started on finance he approached council about the Development Application and discovered the three issues that had been holding the approval up.

To Adam’s surprise the bank gave him a letter saying they have no objections, and to Adam’s further amazement, the council accepted this! That is the third issue resolved!

The second issue was a little tougher, but Adam and his Development A-Team (civil engineer and town planner) hit the council with multiple arguments as to why the approval should be granted despite the capacity issue. These reasons included documentation showing planned infrastructure upgrades were scheduled by council in 2012/13, interim on-site storage could be provided, the timeline for constructing this development shows that the first toilet couldn’t possibly flush onsite until about 2012 anyway, council could condition the approval to prevent development until the upgrade was completed and lastly council had previously approved developments with interim on-site storage. In the end they got a favourable response from council. At this stage Adam was just looking for an indicator as he was doing all this during the conditional contract period.

The first issue could be taken care of with some minor design changes and some expert advice from a traffic engineer.


Walk the walk, talk the talk

Adam also wanted a valuation higher than the contract price. As most investors know, this can be very difficult to obtain. Most valuers will be conservative and 99% of the time their valuation will come in at the contract price. This is why Adam did extensive research, essentially working full time on the research for two days, to put together evidence supporting a higher valuation that he could present to the valuer. In other words he walked the walk and talked the talk with the valuer.

Adam received a valuation back at $550k, $94k higher than the contract price. In Adam’s own words “the valuer could hardly ignore the evidence I had provided him, it was there, in abundance and there was absolutely nothing to suggest it should be worth anything less than $550k”.

This was using the bank’s valuer.

Tip number 5: Always guide the valuation process, don’t just let it happen. It is amazing how many people risk a good deal by allowing a conservative valuer, who might not even know the local area very well, free reign. It is YOUR money on the line, not theirs so take charge! In this instance Adam spent two full days preparing for the valuation, but he made nearly $100k in doing so!

After extensive due diligence, far greater than most would put into a $456k purchase, Adam was satisfied that he could make a go of this property, with or without the Development Approval.

He settled on 5th August. 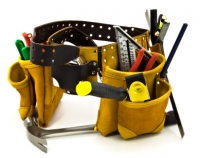 Adam spent all of August and $40k renovating the property and had it all rented in September for a grand total of $870pw, or over 9% on the purchase price plus renovation costs.

Regardless of what happens from here on in, Adam has a 10% rent return and over $50k of equity gain. Not bad!

Adam and his Development A-Team hit council with all their arguments and revised plans addressing the issues the previous owner couldn’t resolve almost immediately after settlement. As tends to happen, there was a bit of back and forth with council, but in early November approval was granted for 30 units. One of the conditions that was imposed was that development could not occur until the sewer system had been upgraded, but because of this delay council also increased the time period in which Adam could complete the development before the approval lapsed.

Tip number 6: Employ the right people to ask the right question and find solutions. This is your Development  A-Team.

Adam only gave himself a short period of celebration before it was back on the phone to organise a new valuation.

Tip number 7: You can have your property revalued at any time, but in most cases you either need a substantial change to the property (such as a development approval) or to give it at least 3 to 6 months so that new sales can filter through and your original purchase price to filter out.

The valuer got Adam’s heart started almost immediately. He knew the approximate value of unit sites in the area and was confident that a valuation of $1.2m could be achieved.

The heart only had a moment respite before the valuation came back.

You can see why we say it took a fair amount of education, determination, pre-planning and just a little bit of luck for this result to occur. Well done Adam!

P.S. As an interesting follow up, and an insight into how incompetent councils can be, after Adam received his approval with the condition preventing immediate development, his team set about trying to get this removed through application of a Negotiated Decision Notice. This is where if you don't agree with part of your approval or the conditions that are imposed you have one last chance to question it and possibly get it changed. They didn't like their chances, after all, there simply wasn't the capacity in the sewer system to allow immediate development, but they still thought it was worth asking the question. Imagine the shock they got when council came back, with the condition not only removed, but also with new information saying that the sewer system actually was adequate! The very thing that contributed to the first developer going broke and not getting his approval was a mistake on council's part all along!

Want to be a developer? Developing can be difficult, as you can see by this story. That is why you need to be well educated and have the right team behind you. Get educated! Visit www.developingforprofit.com.au/2-day-workshop.