With the Riverside Precicint of West End now the new playground of the Urban Renewal Taskforce, the team behind the transformation of the Valley, there is a very high chance that the predictions will come true.

Activity in the area is at an all time high in terms of short and long term proposals and private and public developments. 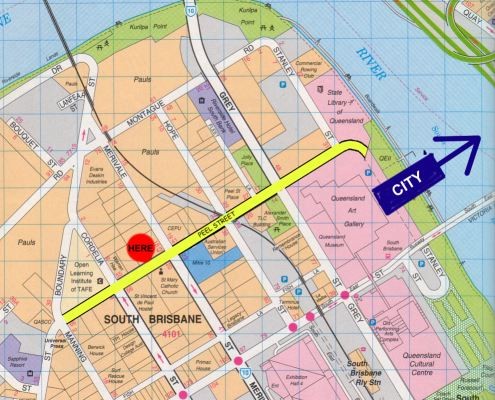 The above, however, is just a small part of what is being mooted for the area. Infrastructure propsals include the new Hale Street Toll Bridge, the Tank Street Pedestrian Bridge, the West End people movement system (e.g light rail), duplication of the Victoria Bridge, shade cover to the existing Victoria Bridge and a new pedestrian bridge linking West End with St Lucia.

There is also the redevelopment of the Southbank Tafe, the Boggo Road Gaol site and the proposed extensions to the Brisbane Convention and Entertainment Centre.

All up, including non-mentioned developments proposed by Meridien, Aria and the numerous smaller developements there are close to 1400 units approved or proposed for the peninsular.

With these units, combined with the vast number of infrastructure projects, is it any wonder there are these predictions being made about the area?