To print or to hammer

When it comes to developing there is essentially two ways you can make money. You can either ‘print it’ or you can ‘hammer it’.

What is Print It?

‘Print it’ refers to getting the Development Approval (DA) and then on-selling the site without actually developing.

No doubt a lot of you have seen these sites on the market for sale. “Prime Development Site with DA in Place” or similar is often the tag line. There are four main reasons (and a host of other less common reasons) why people on-sell sites with the DA without going through with developing.

What is Hammer It? 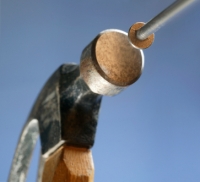 Once you have your DA, if you aren’t on-selling then you are most likely going to ‘hammer it’! Hammer it is the term we apply to actually going through with the construction side of things with a development.

As already mentioned there are a number of reasons why someone might sell a site with Development Approval without actually developing, but in most cases we wouldn’t classify it as actually ‘printing it’. Sometimes on-selling an approved site was never the intention but rather a forced circumstance. If you make a comfortable profit out of it then we’ll be lenient and say that you have ‘printed it’. But there are some who deliberately go with a strategy of ‘print it’. So when would you run with this strategy? When the numbers work of course!


Be careful with your numbers

A lot of people do ask us about buying a site, getting a DA and then selling the approved site to someone else for development. This is an excellent strategy, but it isn’t foolproof. There are only a few people out there that will pay a premium for an approved site, the main one being a builder or developer who has the finances and is ready to go but has no project to go into. Rather than buy a site and wait the 4 to 12 months to get an approval they buy an approved site where it is usually possible to get started within a month of settlement.

So if there are a limited number of people who will pay a premium for one of these sites, how do you make money out of it? The main way is to buy well and then get an approval above and beyond what the general populous could have got for that site.

Take Matt Cosgrove’s SUD site in Nundah. He purchased that site well... the numbers showed about 20% return on development if he kept the existing house and developed a SUD behind it. A SUD is a Single Unit Dwelling, or another way to look at it, a freehold house on a very small block, kind of similar to dual occupancy in some other areas outside of Brisbane. 20% is what most developers aim for as a minimum, but we recognised an opportunity. There was a chance at getting two SUDs behind the existing house if we could achieve a reduced rear setback. The site backs onto a sporting facility so there was a fairly strong argument, which council did accept. So instead of getting one new dwelling he has approval for two, where most others would have settled for just the one. This is what we mean by getting an approval above and beyond what everyone else is thinking. In this case he paid the right price for the site if he were to develop just one new dwelling, but rather he has bought extremely well because he can actually get two new dwellings and he has a DA to prove it, something worth quite a premium if he were to on-sell the site. 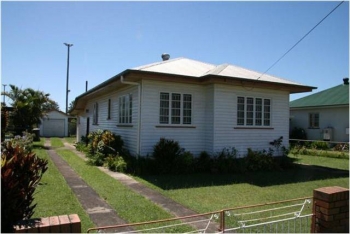 So what profit should I aim for when I ‘print it’?

If a developer aims to make 20% profit when developing, then you should aim for the same when printing. In fact, you will complete the transaction a lot quicker than if you were developing, maybe in a quarter to half the time, so you could argue for a far lower percentage than this. Trouble is this will look ok as a percentage, but because the profit is worked out on total costs and you have spent a lot less than if you actually develop, then the dollar amount is going to be much less.

Here’s an example where we assume 6 months to obtain a DA (about a third of the time it would take to actually develop something similar) and a 10% profit margin:

In the above example you have spent $40k getting the approval, but that approval essentially has to add a total of $96.5k in equity to give you a 10% return and this excludes taxes and selling costs. The total margin excluding tax but including sell costs is roughly only $35k. Not bad, but what if you get it wrong? Say the market is willing to pay only $600k for the site, well in this instance you would make about $15k and you have practically done this exercise for fun and not money! Hence the reason for aiming for 20%, even though 10% is still a good return.

The other question to ask yourself is ‘will anyone pay a premium of $96.5k for this approval knowing it costs only about $40k to get the actual approval?’.  The answer, in most instances is no. Not unless that approval is for something above and beyond what you could otherwise achieve, which in turn improves the overall development numbers for someone wanting to go through with the whole development.


Print it for refinancing

If you are getting an approval so that you can refinance a site then this is slightly different. In most cases you are refinancing to move onto the next step (usually development). So you won’t have sell costs, you won’t have tax and you don’t necessarily need that profit margin.

Getting an approval on a site can be a good way to increase equity, but be aware that not all valuers will value your DA that highly, especially if it is getting a few years old, and in some cases you will need a commercial valuation to unlock this equity, which can cost more money and may trigger a ‘commercial lend scenario’ rather than a residential lend.

‘Print it’ works really well if:

If you don’t do these two things then getting the approval will add value to the site, which can be great for refinancing, but will it add enough to cover selling costs and the profit margin you need to make it worth your while?

There are many things you need to know before you should try to 'print' or 'hammer' a development site. There are dozens of mistakes that you could make just in the buying stage, let alone the 9 other critical Development Steps. In addition, it doesn't matter what your aim is, whether you plan to print or to hammer, you need to be buying well. But how do you know if the property you have just placed under contract is a good buy?

At Developing for Profit you will hear from our Development A-Team as well as the Reno Kings and be educated on all aspects of being a developer, buying a development site and getting it right!

There is a Developing for Profit workshop coming up shortly, on 5th and 6th of June 2010 in Brisbane. If you are already developing or would like to start developing then get yourself educated on every step to help you make money and avoid the pitfalls. Visit www.developingforprofit.com.au for more information.