$200k from a small project in a quiet market 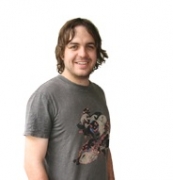 We have featured Mathew Cosgrove in numerous past articles. We even held a Site Inspection at two of his development sites and had him as a guest speaker at our Developing for Profit workshop. This is how much this down to earth runner-up Property Investor of the Year with Your Investment Property Magazine impresses us. And he is at it again!

In a quiet market where a lot of investors are holding off, Matt has continued on his winning ways, this time with a Joint Venture splitter block. His latest project is featured in the December Your Investment Property Magazine, but we have the inside story.

Investigate Property sourced this latest deal for Matt back in April 2011, when the market was quiet and remains quiet. Matt was one of only two clients interested in this property (the other jumped in two weeks after Matt had it under contract), yet it appears it will make a $200k+ profit in about 9 months and it was pretty straightforward.

The deal is located in the inner-city, highly sought after exclusive suburb of Bulimba and consisted of a 3 bedroom, 1 bathroom house on a large lot. The plan was to buy, keep and renovate the house and then subdivide off a vacant rear lot (battle-axe). Our conservative numbers suggest close to $200k equity gain was likely, which meant there was heaps of meat left in the deal if costs blew out or the end values didn't stack up. However, as we state, our numbers were conservative so if anything the numbers would improve on what we had. Truth be told, this deal would have stacked up if our numbers had shown closer to $100k in gains.

How to buy a bargain

The property was for sale without a price, but indications were initially provided in the $900k's. This didn't work and we quickly convinced the agent of this. Eventually we ended up at a figure around about $750k. The market was quiet and the property had been for sale for a while (what do you expect when it is marketed without a price?). The trouble is there were a number of unknowns and a big one was how we dealt with the stormwater discharge from both proposed lots. The property slopes to the rear and had no direct access to a stormwater pipe, which meant either going through a neighbour to access a pipe, or to create retention pits to deal with the stormwater. We knew from both experience (one important reason why you should consider using Investigate Property to source your deals!) and through our contacts that it was touch and go whether a retention pit could fit on the front lot without shifting the house. The deal stacked up at $750k regardless of this outcome, but it did give us a good reason to negotiate a further reduction. Up until this point the agent knew the site could be subdivided, what he did not know though was that dealing with the stormwater might prove difficult. An explanation of the consequences led to a $25k reduction and we purchased the property for $725k.

The purchase was subject to due diligence. We had half our answers already but needed a more detailed look at it by a civil engineer and to carry out a survey to determine whether the house would require shifting. The answers we received were encouraging. 1) the survey showed we had room for retention pits without shifting the house - a $25k win! 2) there was a stormwater pipe located a couple of properties downstream and access to this was a possible backup option; and 3) the town planner loved it and said he could get it through Risksmart.

Risksmart is a Brisbane City Council method of allowing certain developments to be approved through a fast track system. The result is an approval in about 5 weeks instead of 5 months.

Things were looking up!

Another activity Investigate Property carried out during the due diligence period was to draw up optional floor plans. The existing house was a structurally sound Queenslander with 3 bedrooms, 1 bathroom at the rear, enclosed front verandah and a kitchen in a room (instead of being open plan). Options ranged from essentially just painting and polishing what was there, through to creating an ensuite and shifting the kitchen out of the 'room' and into the lounge to make it open plan. Matt ran with the last option. By shifting the kitchen he was able to turn the old kitchen room into a bedroom. Now he has a 4 bed house. Then he created a smart 'pencil ensuite' by taking 1m off an existing bedroom and giving it access via the master bedroom. This reduced the existing bedroom size down to about 3.6m x 2.6m. Small, but still a usable bedroom or a great study. It doesn't matter too much that it is small... it is a 4th bedroom, more than most Queenslanders have and the three other bedrooms are all big and now have built in wardrobes. 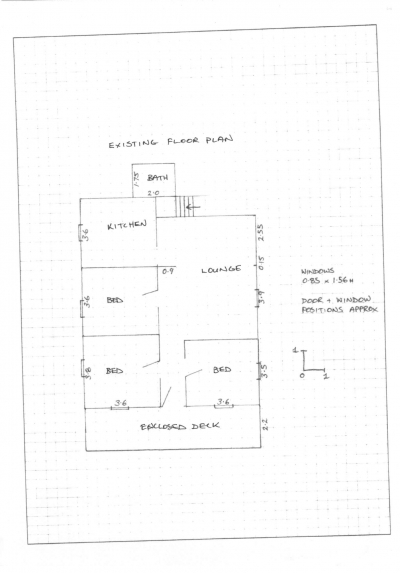 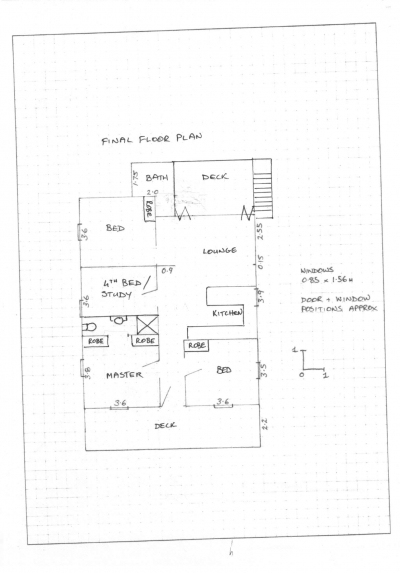 It's not difficult to see what Matt has achieved here. No doubt about it, a 4 bed, 2 bath house is worth far more than a 3 bed 1 bath house. He opened up the front verandah and installed a rear deck. All up the renovation has cost him $110k with him putting in very little physical work. A good result when you review the numbers.

The result here was fantastic. We believe more so because it is a renovation project where Matt hasn't had to renovate himself and because he has achieved a great outcome in a quiet market.

Investigate Property has been sourcing fantastic deals throughout 2011, it is a buyer's market after all. The sad thing is not all deals have been taken up by our clients, despite the opportunities that exist and Investigate Property's ability to bargain well and reduce risk for their clients.

The truth is many people are nervous right now. They have the ability to buy but are holding off. This is kind of understandable, but if you know it is a buyer's market, why wait until it is a seller's market to buy?

You don't always need capital gains to make money. In fact, if this is your main game then you aren't getting ahead of the pack - everyone who buys in a hot market gets capital gains. If you can buy a property for 10 to 20% below market value then add value, does it matter if the market goes back 5%? And that's IF it goes backwards. You need to remember that if the market has dropped or grown by a certain percentage, that isn't across the board. Some suburbs and some price points may increase even in a quiet market.

Buy well and buy with add value potential and you have effectively negated any negative growth. Hold and you will eventually get the growth, but you'll have all these other benefits too that everyone else has missed out on.

Matt has made $200k over a 9 month period where the market has supposedly dropped by 5%. Why can't you do the same? Imagine, $200k profit in a quiet market. Would this help you and give you choices and help you change your position?

Investigate Property is here to help. Click here for more information about membership.