Case Study UPDATE : How to make (serious) money in a slow market

In November we brought you the story of Matthew and Kaylene, two Canberra investors who had just purchased a ‘delight or a disaster’ in Brisbane. This article is an update ‘post renovations’. 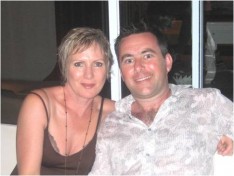 Delight or disaster?
The property was a potential delight for Reno Kings’ Graduates – someone who has the experience and the education to do a quick renovation and the knowledge on how to take things that one step further, in this instance via development behind the existing house.

It was a disaster for most other people – the house was horrible!

Read up on Matthew and Kaylene here.

Read the Original Story about their ‘delight or disaster’ here.

What a dump!
The house when purchased needed work: it had previously been attacked by termites, it had a front enclosed verandah, the roof when viewed from within its cavity is like a night sky with stars of light seen through its entire surface (a polite way of saying it was riddled with rust and on its last legs), the gutters were non-existent in parts, the external paint on the outside can be rubbed off with your hand (no joke!) and the inside had the decor, carpets and curtains that you would expect of a house that had not been updated in over 40 years. It looked like a dump.
The plan was to renovate it to release some equity, to allow for further development in the backyard at a later date.

As can be seen, a fairly decent outcome was proposed, not forgetting of course that this was Stage 1, with Stage 2 being a redevelopment of the backyard. The proposed equity gain was to come from a combination of buying well ($431k in a prestigious suburb under 7km from the Brisbane CBD!) and then adding instant value through quick and easy renovations.

Now the renovations are complete!
The renovations took approximately 12 weeks, a little longer than expected but keep in mind they were flying up from Canberra on a weekly basis and doing most of the work themselves and this was also done over the Christmas period. At the end of the day, they still managed to renovate a whole house, from inter-state, in under 3 months... sometimes it takes longer than this just to get the plans from your designer!

The valuation was carried out on the 2nd of March 2009, a mere four months after settlement. Matthew and Kaylene organised their own valuation to ensure it came in where desired and then organised the same valuer with their financier.

Top Tip
Ask your finance company for a list of valuers on their board of approved valuers and then pick one or more to carry out your valuation, at your direction. This way you get a say in who does the valuation, you know exactly when the valuation will occur and it gives you an opportunity to carry out some research and meet them onsite, armed and ready to go!

Before and After Photos 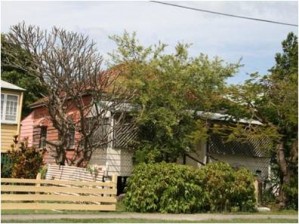 Although a bit hard to picture with all of the overgrown garden, behind the greenery is a pretty ordinary enclosed verandah. 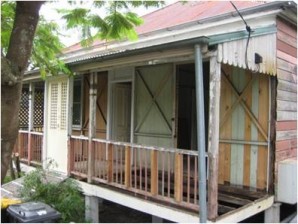 Matthew, originating from Canberra, had difficulty coming to grips with having a single skin wall (those are the internal VJ’s behind the cross bracing). It took a bit of convincing before he was happy to leave it as is, which is how it was always meant to be! The handrail that is visible in the photo is indeed the original handrail that was discovered when the enclosed verandah was opened up. 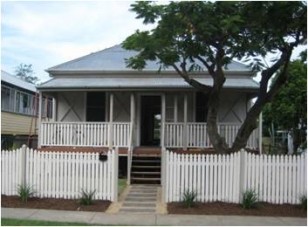 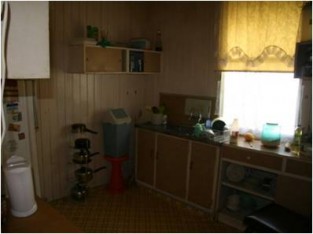 The bathroom was originally located behind that back wall of the kitchen, but this was asbestos and took up too much development area, so it had to go! 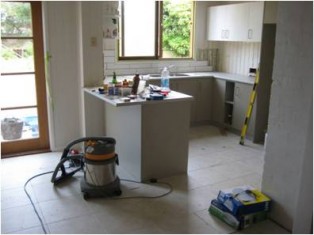 Now the kitchen is light and bright with a new window giving it a fresh appearance. The bathroom was relocated to just to the left of this photo.

The numbers
The thing on everyone’s mind at this point is likely to be, ‘so how much did they spend and did they keep to budget?’. In short, they went over budget by about $19k, but this includes a number of items that were actually part of the budget for the redevelopment that they decided to get done now, including $3k on a survey and $1.2k on removal of some trees and stumps. Also, not allowed for in the original estimate was travel and accommodation. Matthew and/or Kaylene would fly up most Mondays and stay until Friday before flying back to Canberra. About $3k was spent on travel and accommodation as a result.

Here are the numbers:

A great outcome! With development to come!

Stage 2 - the Development
Matthew and Kaylene are now in the middle of refinancing so that they can use the equity for consultants and council charges for the development of the backyard. They also have plan to do a JV with a builder in order to keep the money that they have to tip in as low as possible.

To read more about Stage 2 in the original article click here.

During the contract period, Investigate Property carried out the necessary research to confirm the development potential of the property as well as the likely value upon completion of the renovations. This also involved organising the building and pest inspection and arranging meetings between the client and a town planner and discussions with a civil engineer.

Throughout the renovation Investigate Property were asked by their client for referrals of tradespeople and consultants, and also just to 'bounce ideas' off.

When it came time to organising the valuation, Investigate Property were employed to research comparable sales, write a valuation report detailing the expected value and outlining the development options and meet the valuer onsite.

To learn more about Investigate Property and what they can do for you click here, or contact Justin on 0410 511 535 or justin@investigateproperty.com.au.