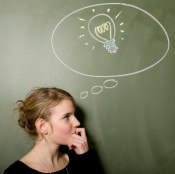 There are plenty of occasions where an agent, owner or buyer gets things a little confused when it comes to property. Either they don’t fully understand the scenario, the lingo or the consequences, and it is all made worse because often two parties will be talking to each other, each thinking they are discussing the same thing when they aren’t! Here are some common ones.

Wow, does this one pop up a lot! Lots and titles are not the same thing! Lots are parcels of land, where as titles are the ownership of land. The most common scenario is a single house on 809m2 of land that is made up of two lots, not two titles as is often stated or thought. If it were two titles, then theoretically there could be two completely separate owners, or each lot could be sold off separately then and there.

Demolition Control preserves streetscapes, not individual dwellings. A heritage listing applies to a specific building or place. Generally, if a place has heritage listing then just about all work to it will require some king of approval, including changing paint colours, altering internal walls, etc. Demolition Control, on the other hand, wants to ensure the streetscape is preserved, so the appearance of the dwellings along the street. For this reason internal works, a change of colours, etc. is pretty easy to do. Demolition Control will normally be found where there are numerous character buildings in a row.

This one is regularly misinterpreted and it can have dire consequences. It probably doesn’t help that the definition of both GFA and Site Cover varies from council to council. As a general rule of thumb GFA is the internal floor area, so if you have a single level building that has 100m2 of internal area, then the GFA is 100m2. Make that same building a two level building and it will have 200m2 of internal area. This is often expresses as a percentage or ratio of the site area, so 200m2 of internal area on a 400m2 site would be expressed as 50% GFA. Site cover, however, is the coverage of the building over the land when viewed from above. So a 100m2 single level building on a 400m2 site would have 25% site cover. Make it a two storey building and the site cover doesn’t change. Make it 10 storeys and it still doesn’t matter, it will still have 25% site cover. Once again be careful of localised definitions: sometimes site cover will include the outermost projection of a building including the eaves and sometimes the eaves do not count. Likewise staircases. With GFA, things like balconies and garages can be included in GFA, depending upon your location. It is very important you understand the difference between GFA and site cover as it will affect the density you can achieve on a development site.

This one gets muddled because it is called something different everywhere you go. Essentially when you do your searches on a property there are two searches related to sewer that you must do. The first is a Private Drainage Search, which is the onsite connection and subsequent drainage to a council sewer of your toilets, basins, sinks, etc. The second search is of the sewer pipes that council owns. It is important to carry out both searches so you know where both private and public pipes exist and so that you know what constraints you are up against if you decide to develop or renovate.

The definition of this varies depending on how accurate people want to be with their definition. I guess to be true to the definition, to be positively geared a property should give you money back into your pocket after every single expense has been accounted for, including tax, vacancy rates, interest, council rates, water, maintenance, etc. Probably a more common method of looking at it doesn’t take into account tax or vacancy periods and assumes an 80% loan to value ratio. So usually the gross rent needs to be enough to cover the interest repayments and common costs. There are some people, however, that consider positively geared to just be covering the interest charges and they don’t take into account the other costs. Taking it to the extreme (and this is mainly done by agents when trying to sell a property), we have seen some instances where they have applied only 50 or 60% loan to value ratio (so you borrow less and therefore the interest repayments are minimal) and they sometimes even include predicted capital growth. Beware of these tactics! 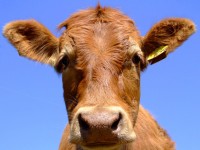 This might sound funny, but when the term freehold is applied it can mean two different things, depending upon the situation. The first scenario is where land can be freehold or leasehold. Here freehold means you own the house and you own the land whereas leasehold means you are purchasing a long lease over a property, but ownership remains with someone else, usually the State or Crown. This is most common in rural areas but does apply in some urban areas, such as around airports or in Brisbane within the South Bank precinct. Scenario two is where the term freehold is applied to townhouses or houses that are free of a Body Corporate. So when stating ‘freehold townhouse’ the agent generally will mean that it is not part of a body corporate, which means no body corporate levies, no by-laws and you can do what you want with the dwelling.

Part Two of this Two Part Article will be made available in the next Investigate Property newsletter.

Still confused? Try employing a professional buyer's agent to help you to understand everything there is to know about property!

Not only will we help by locating good quality investment properties, but as clients you can also contact us with questions about properties that you own or locate.